Home/Resource/ADD In the Corner Office

ADD In the Corner Office

ADD in the Corner Office: Five top executives discovered that an LD can be a capitalist tool

They reveal their struggles in school —  and their secrets for success! 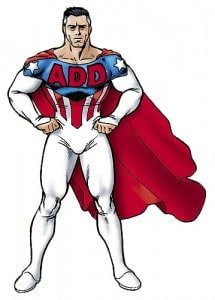 As students, they seemed to be heading nowhere — fast. A teacher hurled an eraser at one of them, and asked, “Time passes, will you?” Another graduated at the bottom of his high school class and was strongly advised by his principal to go into carpet laying. A third was labeled lazy by her teachers because she had trouble memorizing basic math facts. A fourth was a whiz with numbers but found reading a book a difficult task. The last was always falling behind in his schoolwork and concluded that he was stupid. “How am I going to be successful in anything if I can’t read and write?” he wondered.

You might say that these nowhere kids turned their lives around. They are, in order, Alan Meckler, chairman and CEO of Jupitermedia; Paul Orfalea, founder of the copying empire, Kinko’s; Diane Swonk, a world-renowned economist; Charles Schwab, a pioneer in the discount brokerage business; and David Neeleman, founder and CEO of JetBlue Airways.

Besides having difficulty in school, these executives share another thing in common: They all suffer from AD/HD or learning disabilities. Neeleman has AD/HD; Swonk, Meckler, and Schwab have dyslexia, and Orfalea has both. Each managed to turn his or her liabilities into assets on their respective career paths. If you have difficulty with organization, reading, or remembering math facts, these entrepreneurs prove that such limitations don’t preclude a bright future.

If someone told me you could be normal or you could continue to have your ADD, I would take ADD,” says Neeleman, who foregoes medication to manage the condition. “I’m afraid of taking drugs once, blowing a circuit, and then being like the rest of you.”

Countless airline passengers are thankful that Neeleman skipped the medication. If he hadn’t, perhaps JetBlue Airways wouldn’t have gotten off the drawing board. Neeleman prided himself on thinking out of the box when creating the airline. “With the disorganization, procrastination, inability to focus, and all the other bad things that come with ADD, there also come creativity and the ability to take risks,” he explains.

His statement could be interpreted as naïve confidence or remarkable chutzpah, coming, as it did, from a third-generation Mormon from Utah. Despite the myriad naysayers — from the venture capitalists who walked away from investing in the budding airline to the media — Neeleman changed the flying experience by introducing such innovations as live in-flight television and unparalleled customer service — on a discount airline.

“I knew I had strengths that other people didn’t have, and my parents reminded me of them when my teachers didn’t see them,” says Neeleman. “I can distill complicated facts and come up with simple solutions. I can look out on an industry with all kinds of problems and say, ‘How can I do this better?’ My ADD brain naturally searches for better ways of doing things.”

Neeleman’s personal life isn’t the same success story. “My wife can’t always figure out what the heck I’m thinking, and my kids want me to focus on just one thing with them. I find it difficult. It’s hard for me to do the mundane things in life. I have an easier time planning a 20-aircraft fleet than I do paying the light bill.”

Neeleman does try to rein in his wandering mind. At the office, he surrounds himself with people who are good at the details of the business. “My assistant helps me write letters and keeps my calendar,” he says. “I have no idea what I’m doing one day to the next.” At home, he has trained himself to put his wallet and keys in the same place so he doesn’t lose them. He also wears a Casio DataBank watch, which allows him to type in reminders of appointments or ideas as they pop up.

“Life is full of trade-offs,” he says, “and living with my untreated ADD is one of them.”

His advice for fellow ADDers? “Look at the positives of having ADD,” he says, “and don’t get discouraged. Don’t ever give up.”

He flunked second grade, did poorly in high school, and got C’s and D’s in college. But that didn’t stop Orfalea, who is dyslexic and has “ADD to the max,” from becoming an entrepreneur. Instead, it motivated the curly, red-haired executive (nicknamed Kinko) to exceed everyone’s expectations.

The idea for Kinko’s came to Orfalea in 1970, while he was a student at the University of California at Santa Barbara. He noticed all the people lined up to pay 10 cents a page to use the library photocopier. He decided he could provide the service cheaper. Orfalea borrowed $5,000 and opened his first Kinko’s in a converted hamburger stand near the university. It was equipped with a lone Xerox machine. Today, his copying empire, which FedEX now owns, is worth $2.4 billion, and Orfalea, 56, has retired.

“My learning disability gave me certain advantages, because I was able to live in the moment and capitalize on the opportunities I spotted,” says Orfalea, as he looks back on his career. “With ADD, you’re curious. Your eyes believe what they see. Your ears believe what others say. I learned to trust my eyes.” So when customers came into his store looking to use a computer — not to copy documents — Orfalea saw an opportunity. He expanded Kinko’s to include computers. As a result, the company captured many small business owners as customers, as well as the self-employed.

His ADD provided him with the right temperament on which to build the business. “Because I have a tendency to wander,” he explains, “I never spent much time in my office. My job was going store to store, noticing what people were doing right. If I had stayed in my office all the time, I would not have discovered all those wonderful ideas to help expand the business.” A Kinko’s that remained open for 24 hours was an idea he picked up from his steady customers.

“I can’t write a letter and I can’t fix a machine,” says Orfalea. “My biggest advantage is that I don’t get bogged down in the details, because of my ADD. I hire capable people to handle that.”

Looking back on his own education, Orfalea believes that different children have different learning styles, and that the education system needs to recognize that fact before more children are left behind. “If the President’s No Child Left Behind had been around when I was in school,” says Orfalea, “I would still be in third grade, because that’s how bad a speller I am.” And we would all be without our neighborhood Kinko’s.

My lack of concentration, my inability to read charts, and my difficulty in deciphering documents made me a much better business person,” says Meckler, 59. “And my lack of patience forced me to cut to the chase.” His dyslexia was diagnosed only recently, after the long academic struggle of his youth. “I used to daydream in class a lot — I’d just find my mind wandering off,” recalls Meckler, who had problems with standardized tests. “I wasn’t able to spend much time on something if I couldn’t come up with the answer right away.” Arithmetic, which he refers to as “math block,” was his biggest bugaboo.

Despite his difficulties with numbers, he learned to turn his disabilities to his advantage. In high school and college, he says, “While most people would take lot of notes during a lecture, I could figure out the key points by just listening to the teacher. I have developed that skill in business. I am able to pick out the important details rather than getting bogged down.”

At Jupitermedia, Meckler is famous for short meetings. He insists that if you can’t describe something succinctly, then it isn’t a good idea. “I believe in ‘keep it simple, stupid,'” says Meckler. His skill at digesting very complex issues, to “listen to them, not read about them,” enabled him to spot business trends and to take advantage of those opportunities before the competition did.

“I spotted the Internet as a business opportunity three or four years before anyone else,” he says. “I started a newsletter and reporting service that covered the development of the Internet, then turned it into a magazine, then into a trade show. Internet World became the fastest-growing trade show in history, and was very big from 1994 to 1999.” Meckler has since turned his attention to search engines and has launched a new trade show, Search Engine Strategies.

While the information industry generates reams of data, diagrams, graphs, and charts, Meckler depends on colleagues to interpret them for him. “I can understand very simple bar graphs,” he says. “Once the chart has multiple lines, I can’t follow it.” When it comes to interpreting economic data, “I’ll go to my chief financial officer and say ‘take me through this.’ I’ll digest it instantly if I know the topic, but I can’t follow it otherwise.” Balancing his checkbook is also left to others.

This takes him back to his youth, his passion for baseball, and his learning disabilities. New York in the 1950s had three baseball teams, so there were plenty of statistics for young Meckler to keep track of. He overcame his math block through those stats. ” I would devour the statistics,” he recalls. “I memorized baseball averages, taught myself thirds, averaging out, and how to compute earned run averages.” Then he confesses: “I still have problems if you tell me to divide — I can’t figure out the numerator or the denominator — I have to go back and think of baseball averages to help me.”

So that’s the secret behind running a $47 million business.

One Response to “ADD In the Corner Office”

Great to focus on add strength.