“Your ADHD life is to be celebrated, not lamented. You should feel free to laugh at your silly self, but never to have disdain for yourself. And if your parent or sibling or spouse is an ADDer, look to the things in their ADHD life you can both celebrate.”  – Alan

As my brother delivered my father’s eulogy a few years ago, highlighting some of the many charms of a man who led a long and full life, I began to hear a celebration of an ADHD life. Yep, he’s where I got my ADHD from, though it took me a while to figure that out.

But back to the eulogy… 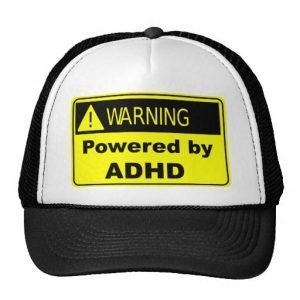 My brother of course spoke only of the good stuff. And that is as it should be. On balance, a great guy and a great life.

But each of my father’s charms came with a troubling anti-matter counterpart. So much so that in his last decades those foibles became areas of friction for me – smoking, drinking, clutter, finances.

So as my brother spoke, I heard both sides, but was of course reminded that the good stuff is what really matters — especially in our autumn years.

And so with all due love and respect to the memory of my dad, I share a few of the both-sides-of-the-coins here with you. See how many of these pairings — ADHD positives and negatives — you can identify with (or identify in a loved one)…

Even at his passing at 86, most of his friends – and he had lots – were a generation or more younger than him. Right down to the last, he was fun, silly…and in many ways frustratingly immature – all-night poker games, reluctance to deal with serious issues.

He wouldn’t let you pick up a dinner check or a bar tab. And thanks to the impulsiveness of ADHD plus the disorganization and lack of financial planning, he was a financial mess.

Funny as Hell…and…Offensive as Hell

Great sense of humor, which he maintained right up to the end. The last conversation we had – the day before he passed – ended with a big laugh. But with that ADHD impulsiveness at play, there were plenty of awkward moments thanks to waaaay-off-color jokes.

He made some bold moves that moved his newscasting career forward swiftly, reaching the top echelon of the business in little more than 10 years. Later, he made a bold blunder by selling his house to buy a tavern, which cost him his job and wedded him even more to his self-medication…the bottle.

Funny Guy…and…Troublemaker: Only recently found this film from 1941 – guess which kid is my dad. And watch for his dad’s kick in the pants.

As it should be, the things he’s remembered for are all the good ones. And so it will be with you and me. Don’t worry.

Only thing you should worry about is whether you’re celebrating your positive ADHD life (while you work to improve it) rather than lamenting and brooding over it (which makes things worse).

And again, if your parent or sibling or spouse is an ADDer, make sure you take the time to savor the things in their ADHD life you can both celebrate.

P.S. If you haven’t yet heard of www.CrusherTV.com, I hope you’ll check it out. It’s an exclusive members-only library of over 100 videos teaching hacks and strategies that “unleash the power of your unique brain” to beat procrastination, get prioritized and take control of your time.. Tons of other benefits for members, including free group coaching sessions. Hope to “see” you there! ab

10 Responses to “Celebrate Your ADHD Life”

Thank you for your much needed voice:) I’m funding the donation of a Therapeutic Adult Coloring Book for PTSD, and Adult ADHD Patients to a local mental health organization. Art has always been a refuge from my own PTSD and I want to share that respite with the world. I’ve been an illustrator for twenty years and I’ve seen coloring help trauma survivors, adult ADHD patients, and even people needing to work on their coordination skills. I’d be honored if you’d post the link below on your wonderful site:) I’m offering several coloring templates, and color art prints of my original paintings, as well as full copies of the coloring book as rewards for the donors of this campaign! Thank you so much for considering it and I will joyfully be following your blog! Indiegogo link: http://www.indiegogo.com/project/preview/e0719bc

Hi Alan,
So sorry to read of your loss and I wanted to send you my condolences and warmest wishes
Jo x

Hi Alan !
I feel this is no co-incidence and am so grateful this dropped in my mailbox today . I’m sorry to hear about your father passing away .
I am having some difficulties with my own dad which are so similar , so frustrating and worse of all I think I’m made in the same mould !
I’m in the process of testing my own kids and your amazing website helps so much . I have subscribed and ADD crusher has been fantastically helpful so far .
Testing and treatment in the UK are still in their early stages and it has been so difficult to be taken seriously , especially for my daughter who is 18, highly academic but now struggling to focus on her revision for important exams which she was hoping to excel at and be accepted to medical school .
Keep up your fantastic work . I would love to get involved and somehow help other ADD ers here
Regards
Ilana

Thank you @Ilana and thanks for your passion and energy on behalf of yourself, your family and whomever else you are able to touch for the better!! Glad Crusher is helping you!!!

Wow that video of your dad as a silly kid could be my son!
So sorry for your loss, the passing of a father is a difficult time.

Thanks @Laura for the kind words. And yes, the kid in that video could be many of us!! That’s what I love about it! An ADHD life indeed!

Our condolences to you and your family. Thanks for sharing something so personal and private! I can agree with you, all that really matters is the good memories and you were there with him till the end!

Thank you @melissa! And thanks for stopping by to read this special post…

You nailed it!! I identify with every one of those. Every time I’ve let myself celebrate, for example, “youthful” I’ve been quick to squelch it with “ah grow up, you’re such a child”. No more! Great I site, Alan, thanks for sharing this.

And please accept my condolences on loosing your father.

Thank YOU @Stu — and may the ADHD Power always be with you!