Home/Blog/Change Your Posture, Fire Up Your Brain

Change Your Posture, Fire Up Your Brain

Sit up and take notice: Bad posture is bad for your ADHD brain!

I’ve talked a lot about the brain-body connection as it relates to productivity, and a recent New York Times article highlights the effects poor posture can have on the body, such as back and neck pain, muscle fatigue, and arthritic joints.

Slouching — as so many of us do when staring at a phone or computer screen — compresses the abdominal organs, reducing peristaltic action, which is key to normal digestion and bowel function.

But enough about the physical toll. Poor posture is killing your productivity!

Forward head posture, or FHP, is among the the most common forms of destructive posture. It’s characterized by the forward displacement of the head over the chest, causing the shoulders to round forward. Think about walking, head down, phone in hand. Get the picture? (If not, check out this picture!) 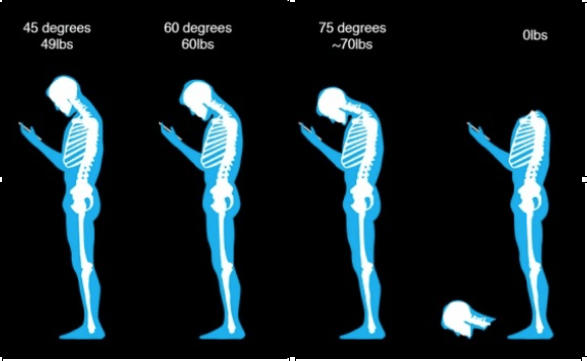 Note the effective weight of the head resulting from FHP!

Slumping does more than make people unhealthy. It affects our moods, which affect our productivity.

FHP can reduce lung capacity, which reduces the amount of oxygen that reaches the brain and other organs. Less oxygen to the brain, less brain function, less PRODUCTIVITY.

So what can you do?

Harvard Business School social psychologist Amy Cuddy’s research on body language shows how we can change our own body chemistry — and even people’s perceptions of us — just by changing our body position. 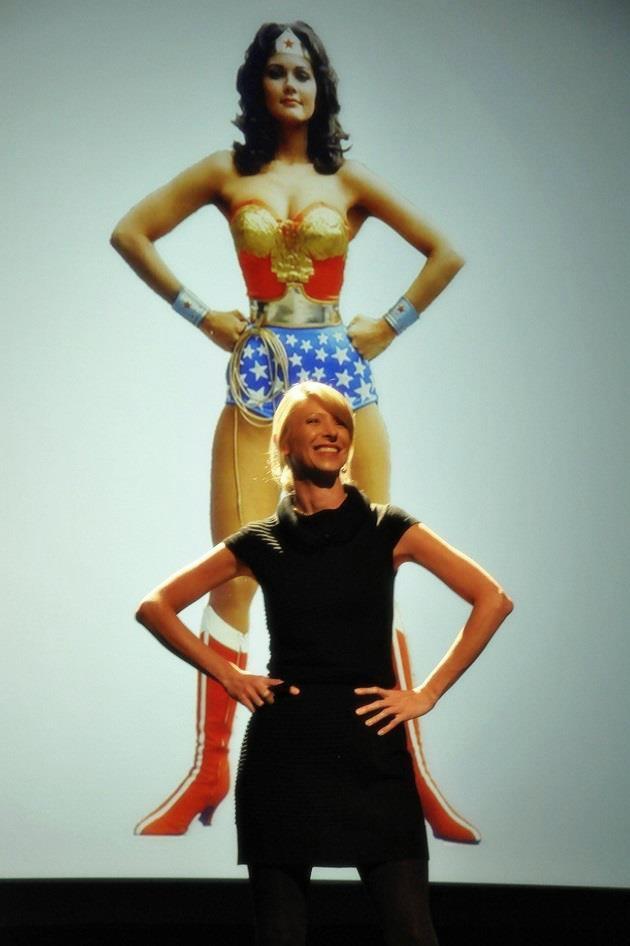 Yup. Simply by standing like Wonder Woman (or Superman) — feet apart, hands on hips, chest out — for two minutes, you can re-boot yourself. This is neither joke nor hyperbole. It’s science. Research shows that when this pose is held for two minutes, cortisol, a stress hormone, is reduced by up to 25 percent and confidence and clarity go up, because testosterone gets bumped 20 percent (even for women).

Posture can alter our emotions and affect how confidently we approach situations and solve problems, which affect how powerful we appear to others.

The Reflexive V, or Pride Pose, is one of several power poses Cuddy refers to.

It’s what a golfer instinctively does after sinking the winning putt; a runner does when she breaks the finish-line tape; an account executive does after landing a new client; and what a couch potato does when his team wins the Stanley Cup: arms wide, chin up, chest out … victory!

Posing like Wonder Woman or assuming a Reflexive V not only can result in greater self-confidence and increase the confidence others have in us, but such expansive poses, in which chest and arms are open rather than closed, can help prevent recovering alcoholics from relapsing; help people take initiative and risks; and even increase pain tolerance.

So, when feeling fatigued or stressed or before heading into a stressful situation, strike a two-minute power pose. And always avoid slouching or otherwise “folding into yourself” or “making yourself smaller.”

In Crusher™TV Episode 21, I share some of the other do and don’t positions for positive posturing. Here’s the preview of that episode…

P.S. In Crusher™TV Episode 15: Get More Done with Less @#$%&!, I talk about iHunch, a term coined by a New Zealand physiotherapist that refers to the contortion of our bodies as we engage with our gadgets. After 30 years of treating women who had developed “dowager’s humps,” he noticed this phenomenon in increasingly younger patients, particularly in teenagers. Quick — are you doing the iHunch right now??  If either of these Episodes intrigues you, consider joining Crusher™TV for $1 and get access to over 100 “mini-masterclasses” on procrastination, prioritization, time management and much more. Learn more here.

One Response to “Change Your Posture, Fire Up Your Brain”