Home/Blog/Death to Procrastination, Part 3: Get the Drudgery DONE

Death to Procrastination, Part 3: Get the Drudgery DONE

Everybody procrastinates. But as you probably know, we ADDers procrastinate significantly more and with uglier consequences.

The good news is, most of our procrastination is caused by mental barriers built on the ILLUSION that we can’t or don’t know how to do the tough stuff. There are three main barriers:

In an earlier guest blog at coach Carol Gignoux’s site, I showed how how the first barrier, irrational FEAR, keeps us from taking action, and I prescribed a simple one-two punch to knock down that barrier to progress. More recently, I disemboweled the barrier of DISARRAY by breaking it into two digestible parts. Be sure to check those out, but first, let’s dispatch with the final one… 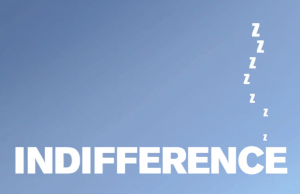 Indifference as a Barrier to Action

Why do we blow off even things we don’t fear and know perfectly well how to attack? Mundane things like washing the car, sweeping the kitchen, cleaning the litter box. It’s because…they’re mundane: they don’t hold enough interest for us.

Typically-wired folks can easily get all atwitter just thinking about washing and folding. But we need a little more “shiny/sparkly” to get interested enough to get out of our chair. Especially since the continued delay of such mundane stuff doesn’t significantly threaten our wellbeing…or our job, etc.

In fact, we seem to take brief pleasure in not doing something we’re supposed to be doing! Think about it: I mean, it’s kind of comforting to say, “I’ll do the laundry later…Ya, fuggetabout that stinky laundry room…I’ll just watch another episode of Family Guy…Ahhhhhhh, yes.”

The temporary pleasure of procrastination on a non-urgent to-do is about as commonplace to us ADHDers as random thoughts. But bottom line, we know it ain’t right, because we SHOULD be doing that laundry (or washing the dirty car, or fixing that bicycle chain, or whatever). But even the “should’ing” isn’t enough to fire up our dopamine receptors.

The Solution to Non-Execution

The solution is to create a greater pleasure in your mind that outweighs that little pleasure of indifference. That perceived greater pleasure will be your motivational fuel. And the way to create it is to visualize—really intently visualize–the rewards of doing the task; to imagine that completed project and the happiness it will bring you — or, the folks around you. For instance… 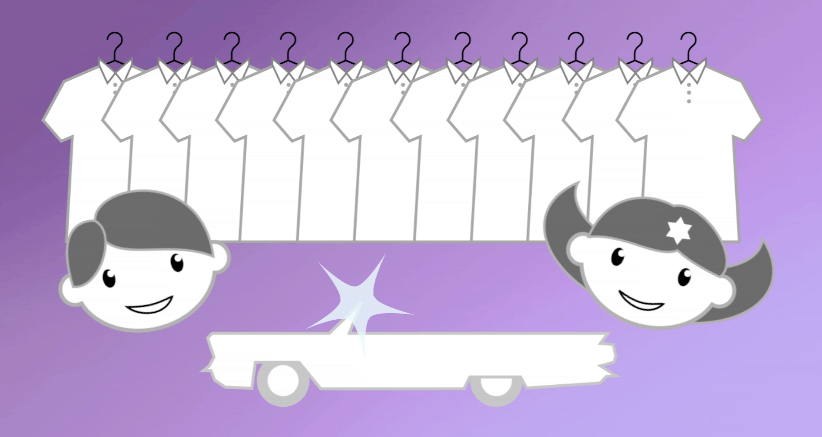 Just spend a quiet moment anticipating the the sights and sensations of the positive outcome of your actions, and you will actually begin a physiochemical cascade that generates interest and motivation…and the ability to get up and get to work.

“The wise does at once what the fool does at last.”

Remember, YOU have the control of this mechanism. Not the laundry. Not the TV. YOU do. And know that fear, disarray and indifference begin to evaporate when things are begun!

This is a powerful natural ADD remedy! So paint that mental picture. And crush procrastination!

PS – Let me know if there’s a topic or challenge you want attacked. Already working on a couple of your requests…feel free to suggest more!

6 Responses to “Death to Procrastination, Part 3: Get the Drudgery DONE”

After failing the Bar exam I realized I had some adjustments to make in order to succeed.
The first one is when listening to a class or a conference, if possible, I sit in the front rows and make my interest be noticed by the speaker so that I become a focal point during the presentation. That way, since I know the speaker will frequently be looking at me, I have no choice but to be concentrated on what the person is saying. If I cannot be in the front rows, I take as much notes as possible, that way I do not allow my mind to free flow. And I’ll have some back up in case I don’t remember everything, which is often the case. When a class was unappealing or seamed difficult like fiscal law … I went twice to the same class at a repeated schedule to make sure I understood well and programmed my mind to not let the reluctant matter defeat me, that I could beat it.
As fo studying, I discovered that the organization was the key to success. I would divide in portions what I had to review so that I had daily, even hour objectives to fulfill. As we all know, it’s always easier to complete smaller tasks than big one, and no matter the size, a completed task means a success. Of course I had buffers because even though I didn’t know I had ADD, I knew my attention span wasn’t very wide, and my motivation had it’s limits. But Anyhow, along the way i found myself competing with time, trying to read more pages by the hour than what I had plan, so that as a reward,I would gain some free buffers for those times where procrastination would kick in.
So the key for me was organization and to fragmentize the big objective into many tiny ones. It made me feel more successful and I did it, I became a lawyer and a good one! Of course I knew that this would be for one year so the fact that I could see the end of it made it easier to apply. Apply it to my everyday tasks is another story but… I hope some day I’ll get there, I keep working on it!

Elyse — these are fantastic strategies that you developed! Isn’t it amazing how we adapt ourselves…This is what I did before I was diagnosed with ADHD. And the most powerful strategies I practice today — 14 years later — tend to be the ones i created before I knew I was ADD.

Thank you for sharing these. By the way, don’t know if you have seen the ADD Crusher videos, but your failing the Bar exam must have been very much a “Negative Nag”. Here’s a free clip on that trick: https://www.youtube.com/watch?v=DIrYkzuiKBU

Hi Alan,
The website looks good. But I think just like in every add website/doc./ book, you are missing a very important point. This is about learning process. In every website or document or book, it keeps saying “make lists, don’t procrastinate, start your alarm or etc.’ But how about the learning an important and a complicated topic. I am asking this, because as an Mechanical Engineering PhD (grad)student in a very good university in U.S, I am suffering from add and I can’t focus on the lecture topics as expected. But the important thing is even if I had worked on a topic/subject/exam, I can’t keep in mind the basic points. I can’t success. I feel very bad and I don’t what to do it anymore because I am tired! But, on the hand I don’t want to lose this great PhD opportunity because I know I feel regret in the future not studying hard. But I can’t study hard. I have to take my qualification exam in 3 months, but you know what? I can’t learn, I can’t focus on. I am also a married woman and I have houseworks to do. I already handle with them. They are not problem. But being a grad student with add in an engineering faculty, this is just like I want to cry all the time. I can’t handle with the classes. I can’t do my research properly. So stop saying the same things, and focus on the real life and real problems.
Good luck,
Ben

Totally understand your frustration, and I agree that too many books/websites just list the same “color-code your files” tips. You do raise a difficult challenge for many ADHD teens and adults — studying/learning complex subjects in school (and sometimes at work).

I know this answer will not see very to-the-point or “sexy” in terms of solutions, but I always go back to the fundamentals: the best things you can do to help you stay focused in class and study complex material is get plenty of protein, cut the sugar/carbs, get exercise and plenty of sleep. Without those things all the best “tips” in the world are worthless.

Unfortunately for me, my college years meant staying up all night smoking cigarettes, drinking coffee and doing drugs — it was the only way I knew to get through my economics text books. Horrible way to study — but I didn’t know I had ADHD.

Wishing all the best, and hoping that some of the things we share here can somehow help you!!

Thanks Don! Crush it!! Bless…A

I really liked this post. I will do as you suggest and see how it effects my life. Thanks Alan