Home/Blog/How to Conquer Criticism and Unleash Your Potential

How to Conquer Criticism and Unleash Your Potential

This is a guest post from my former client, and now colleague, Aron Croft. Despite getting into Harvard, 15 years later he was broke, divorced, and earning minimum wage. He then turned his life around (all thanks to me I’m sure!) and now helps others do the same. Read up!  -APB

We ADDers get criticized more — it’s a fact. Researchers have actually documented this.

ADDers then live our lives in fear of criticism and, as a result, we:

But what if you could change that? In this article, you’ll learn how to conquer criticism so you can unleash your greatness.

It’s all about perspective

I grew up with a critical Jewish mother, who I’m pretty sure criticized while she slept. 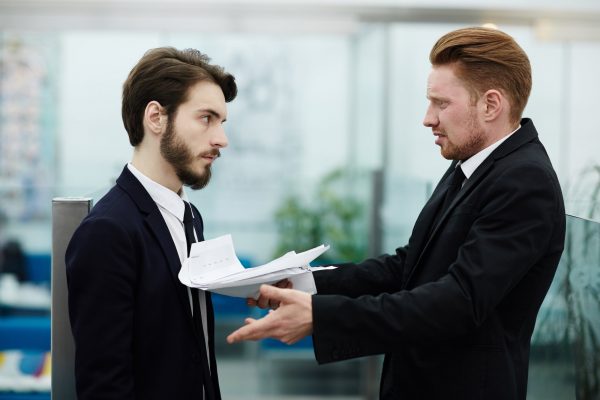 As a struggling ADDer, I took the constant criticism hard, and became extremely defensive. I avoided criticism at every turn. I procrastinated on my homework till the last minute so my mom wouldn’t comment on it. And I became a people pleaser to avoid social criticism. At 32, broke, divorced, and earning just above minimum wage, I decided to stop avoiding criticism.

Fast forward seven years, I have a senior manager position in a Fortune 500 company, am happily remarried, and even launched a YouTube channel with 40+ videos. Facing your fear of criticism will change your life.

In this article, I’ll show you how to slay the criticism demon and conquer criticism with four simple perspective shifts.

#1: If you’re NOT being criticized, you should be worried

“If you haven’t pissed someone off by noon, then you probably aren’t making much money.”  –– Dan Kennedy

It turns out that we can’t stand on the fence in any area that we want success. Have you ever been in a conversation where someone just agrees with everything you say? Pretty boring, right. As soon as you try to create a deep relationship or achieve greater success, you will expose yourself to criticism.

As Aristotle said, “There is only one way to avoid criticism: do nothing, say nothing, and be nothing.”

If you’re NOT being criticized, it is a guaranteed sign you are living below your potential. So when you do receive criticism, celebrate! It means you’re not on the sidelines in that area. You’re in the game! 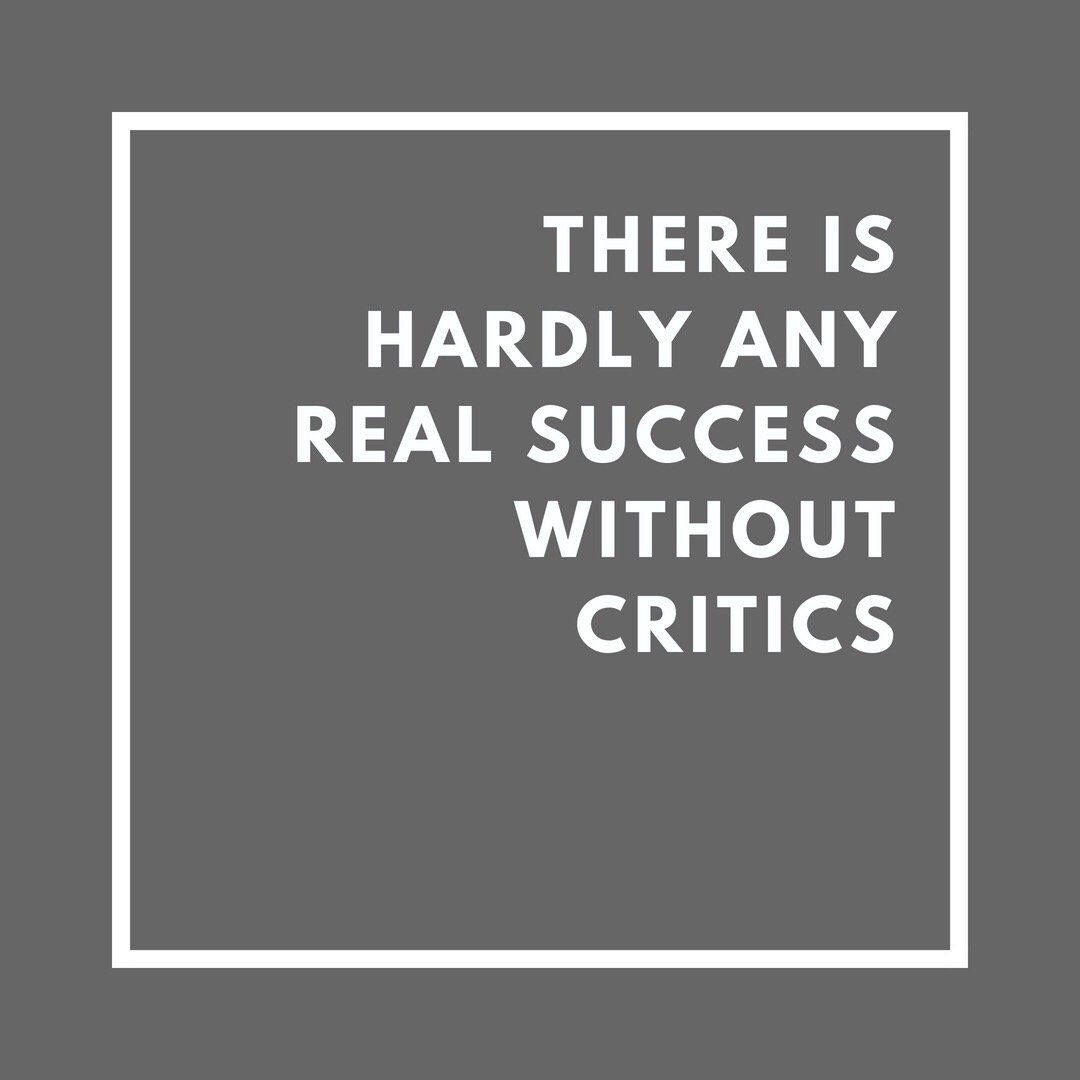 #2: Criticism contains gold under the surface

Dozens of people warned me about the flaws in my relationship and my businesses. But I never considered their feedback because I was so defensive with anything that sounds-like-criticism. The perspective shift is to see it as “feedback” or “data.” You may decide to do nothing with the feedback or data, but the more data you have, the better decisions you can make. What-feels-like-criticism is just data to sift through — and occasionally, you’ll sift out some gold.

#3: You don’t hear the majority of criticisms

That is a truth bomb, so I want that to sink in. You only hear a small percentage of the criticisms people think about you. The reason is that criticism is scary to give. You know what happens to messengers, right?

It’s much easier to criticize you behind your back. So… the majority of the crap people believe about you is thought or said behind your back. This means that there’s something precious about the tiny fraction that makes its way through! That person risked being attacked. That person didn’t take the easy way out. So, when a person overcomes this concern and gives you criticism directly, take a moment to appreciate that. 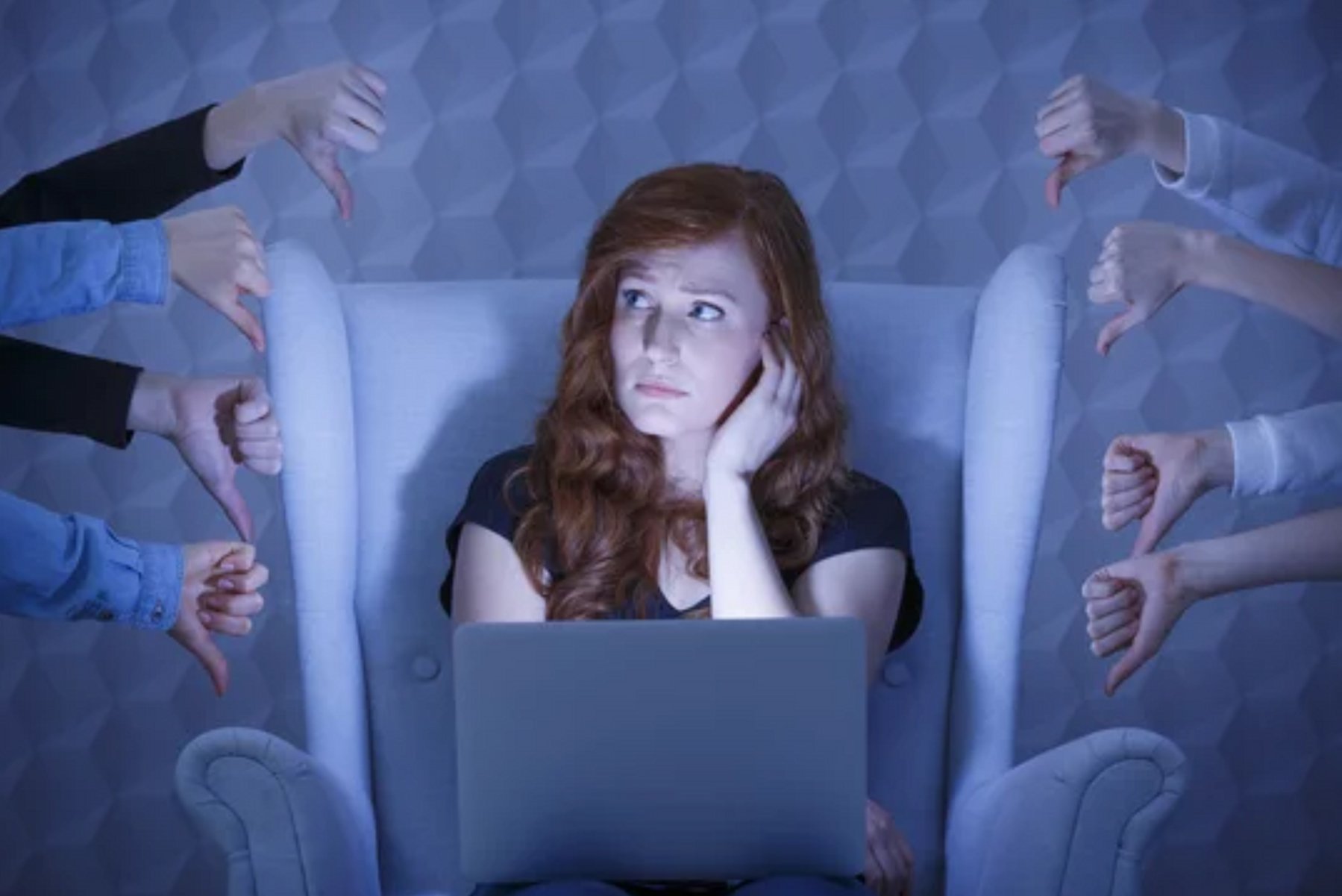 #4: There is an underlying shared interest

Let me give you an example.

Recently, I shared a draft presentation with my boss that I would present to the senior leadership team. She tore into it! “Why did you use this word?” “Slide 3 and slide 6 contradict each other!” “I can’t follow along. This presentation is unclear!” Sure, this wasn’t fun to hear.

So, find the underlying shared interest. Why is this person bothering to “criticize” you directly when it’s easier not to? If you look hard enough, you’ll find it.

Getting criticized can be gut-wrenching, but it doesn’t have to be. To conquer criticism, try on these perspective shifts:

When I changed my view of criticism, my success skyrocketed. I recovered from being broke, divorced, and earning minimum wage to having a successful Fortune 500 career and a growing YouTube channel — where I can be criticized anytime.

With these simple shifts, you too can conquer criticism! Here’s to your success.

ABOUT ARON CROFT: After getting into Harvard, Aron failed for 15 years until he was broke, divorced, and earning minimum wage. He rebuilt his life and career, and a big part of that was his ADD diagnosis as an adult. As a result, he’s committed to helping fellow ADDers realize their own potential. For more, download his free guide “10 Productivity Mistakes All ADDers Make.”