The Correlation Between ADHD and Substance Abuse

We have a guest writer for this article, Trevor McDonald, who has written extensively about the correlation between ADHD and substance abuse, addiction and recovery — issues that, sadly, are disproportionately part of the ADHD world.  Here he talks about a very important topic many of us with ADHD can unfortunately relate to…

The thought of putting a young child on ADHD medication, typically a stimulant, can be scary. So when parents are faced with this choice, the guard naturally goes up. But this may also be due in part to some myths and misinformation regarding the correlation between ADHD and substance abuse.

Let’s get this out of the way right now: ADHD medication has not been shown to be a gateway to other drugs. It is a legitimate treatment that provides relief for up to 80% of those properly diagnosed and treated. Where things get confusing is when we hear about how ADHD medications are often abused. But a question is, who is abusing them?

Who is Abusing ADHD Medications?

Adderall and Ritalin are the most commonly abused ADHD drugs: they’ve become widely known as “study drugs.” Ask anyone on a college campus and they can probably get you some “addys.” College students are likely to abuse these drugs to help with coursework and studying. If you’ve ever taken an ADHD medication, you understand why.

These drugs certainly won’t make you smarter, but they will help you focus and remain energized enough to get work done. A 2014 survey by the Partnership for Drug-Free Kids reported that 20 percent of college kids were abusing prescription stimulants. We can only suspect that this number has increased in subsequent years.

Perhaps surprisingly, studies have shown that when children are prescribed ADHD medications early in life, they are less likely to develop a substance abuse disorder. Still, there is a strong correlation between substance abuse and ADHD. This is often because undiagnosed as well as diagnosed ADHD adults and teens are using drugs and/or alcohol as “self-medication.”

Among teenagers with ADHD, marijuana is a popular choice. A Journal of the American Academy of Child and Adolescent Psychiatry study found that while 7 percent of all teens smoke marijuana, 13 percent of teens with ADHD use the drug.

If even suspect you have a problem with substance abuse, reach out to a counselor with ADHD experience. They are most qualified to help you with both recovery and with the symptoms of your ADHD. The correlation between ADHD and substance abuse is a serious and complicated issue, so don’t go it alone — and know that you’re not alone. 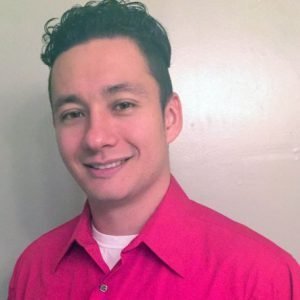 Guest Author’s Bio: Trevor is a freelance writer and recovering addict & alcoholic who’s been clean and sober for over 5 years. Since his recovery began, he has enjoyed using his talent for words to help spread treatment resources, addiction awareness, and general health knowledge. In his free time, you can find him working with recovering addicts or outside enjoying just about any type of fitness activity imaginable.

You can learn more about Trevor and follow his work at his website by clicking here. A big thanks again to him for contributing!

I also gave TED Talk few years ago that relates to this topic that you may find informative. You can watch it by clicking here.