Home/Resource/ADD and ADHD in Adults

ADD and ADHD in Adults

A common ADHD myth holds that ADD and ADHD in adults is, um, a myth. Well, as mentioned in What Is ADD?, an estimated 60% of adults who suffered from Attention Deficit Disorder as children continue to suffer into adulthood. It’s believed that for the other 40%, the hormonal changes one undergoes in puberty tend to mitigate the symptoms. 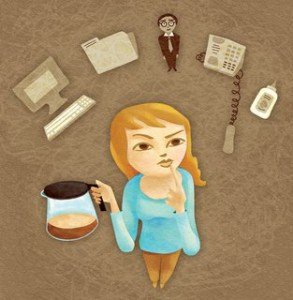 One researcher, Philip Shaw, said in an article in the Washington Post, “While a lot of people with ADHD do improve with age, as many as two-thirds still have symptoms of the disorder which persist into adulthood”. Among possible explanations, the article goes on to say, there may be more than one genetic variant of the disorder, or perhaps some kids have other conditions that are responsible for their symptoms

Obviously, the trials and tribulations of sufferers are in many ways distinct from those of children and teens. For instance, career, family and social relationships and life fulfillment can be problematic. This is why Crusher™ Videos and Audio Companions were created – to help adults to crush their symptoms and have a shot at tapping into their unlimited potential. Alan Brown, the creator of the ADD Crusher™ series, is himself a diagnosed ADD adult, having developed the Crusher™ strategies that helped him become a successful executive, investor and entrepreneur.

Bottom Line: The sooner an adult gets diagnosed and treated, the sooner he or she can get busy crushing his or her ADD/ADHD. Take an Adult ADD Test right now!